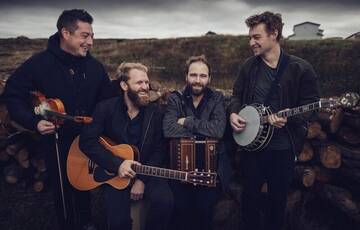 Rum Ragged, takes a bold approach to the distinct folk music of their home, the Eastern Canadian island of Newfoundland. With a reverence for their roots combined with a creative, contemporary edge, this young band have quickly become known as the finest performers of their great living musical tradition. Boasting bouzouki, fiddle, bodhran, banjo, guitar and button accordion, these new champions of East Coast music enliven and enlighten audiences with their signature brand of Newfoundland folk. Always honest, thought provoking and often humorous, it’s Rum Ragged’s live show that makes them a fast favorite to any audience. With a combination of striking vocal harmonies, staggering musicianship, and captivating storytelling, they know just what it takes to bring an experience concertgoers won't soon forget. 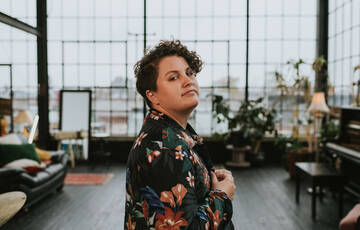 There is something truly captivating about Juno award nominee, Kellie Loder. It can be found in their poignant and timely lyrics set against magical melodies. It can also be found in the singer/songwriter’s electrifying live shows, inspiring profound emotion in listeners. You’ll cry, you’ll laugh, and you’ll tell your friends about it. Tom Power, host of CBC’s “q”, proclaimed, “If I were a betting man, I’d bet the house on Kellie Loder being the next big thing out of Newfoundland”.

Loder is the first-place runner-up of City TV’s Canada’s Got Talent where they triumphantly wowed audiences and judges with their outstanding mesmerizing performances. Included in their long list of accolades are 2022 ECMA nominations for Songwriter of the Year as well as Fan’s Choice Entertainer of the Year. They were named the 2021 Ron Hynes Songwriter of the Year at the Music NL Awards and received a 2021 ECMA Award for their ground-breaking music video and compelling song, “Molded Like a Monster”.

Their 2019 single “Fearless”, received high praise and was chosen as the soundtrack behind CBC’s 2021 Tokyo Olympics coverage as well as the soundtrack behind an IMAX Trailer for Superpower Dogs, narrated by Chris Evans (Captain America/Avengers). Their continued accomplishments and hard work have placed them on the same performance stages as Melissa Etheridge, Steven Page, Paul Brady, Joel Plaskett, Alan Doyle, and more. Anyone who has heard Loder or watched them perform knows one thing is certain: they’re a towering talent about to explode on the world stage. 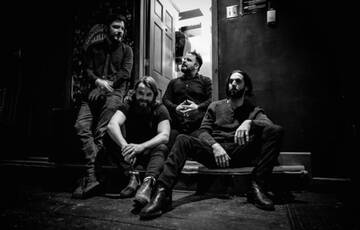 Their music is piano-driven and rich in harmony. Lyrically, their songs are shaped and informed by family, community, love, and their homeland itself. They have been referred to as the "Wilco of Labrador", and their three album releases to date have garnered them a Music PEI award nomination, three Music NL award nominations, and a Summer Solstice Indigenous Music Award nomination.

With every performance, they offer their audience an uplifting and enthusiastic performance of original music, along with their renditions of popular favourites by celebrated Labrador songwriters and musicians.

ONLINE SALES
There is non-refundable fee of $3 per online order, regardless of the number of tickets or number of shows.

If you already have an account with us, please don't create another because you've forgotten your password.
Just login and change your password. That prevents having multiple accounts for the same patron,
something that creates confusion when you're trying to exchange your tickets or get a refund.

WE'RE BACK!
On March 14th we returned to full capacity.
COVID passport are no longer required and masks are now optional.
While no longer mandatory, we strongly encourage you to keep wearing
your mask while in such close proximity to other people.